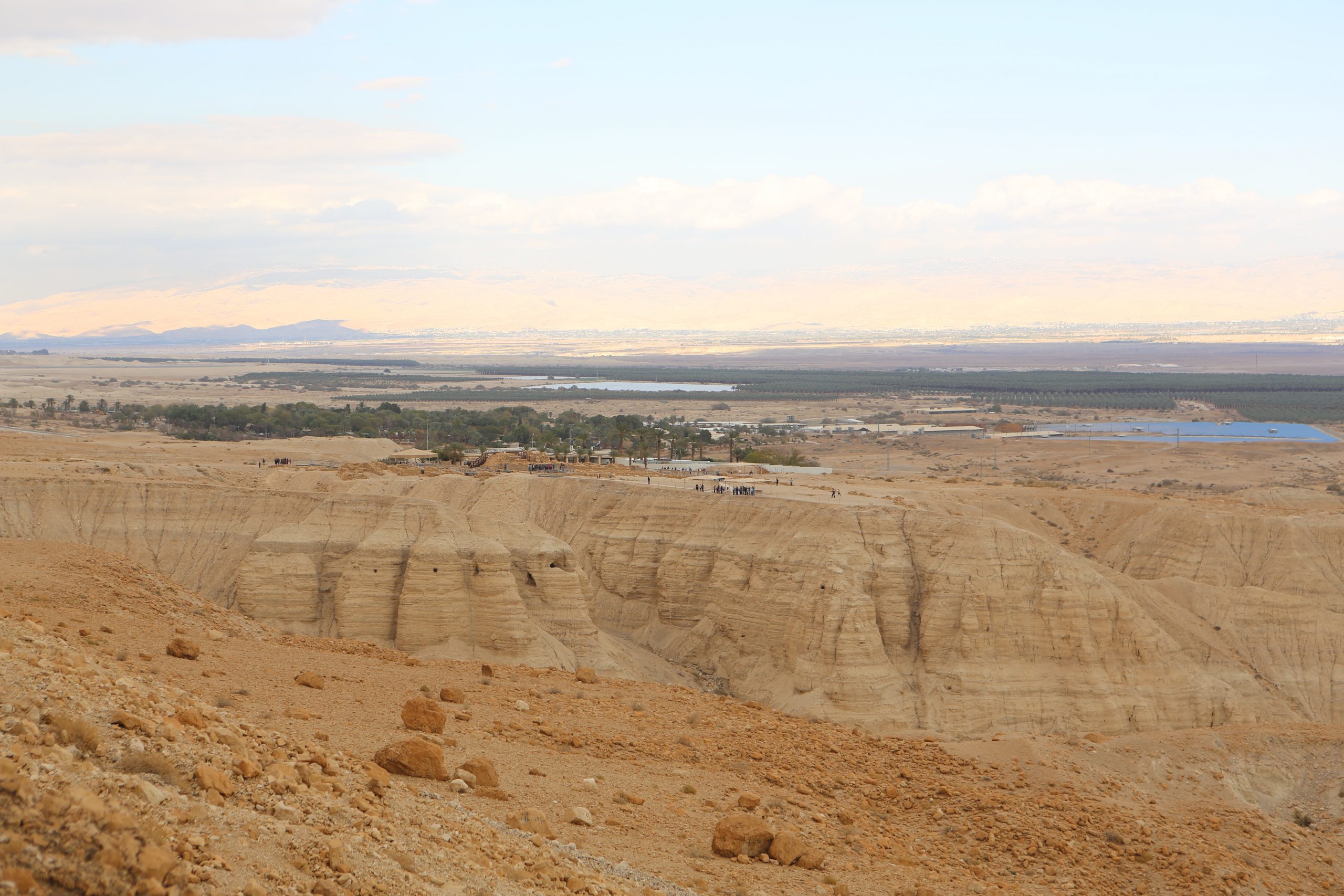 New Dead Sea Discoveries at the Cave of Horror

The media release by the Israel Antiquities Authority (IAA) of the discovery of new biblical Dead Sea Scroll fragments and other remains in the Cave of Horror at Nahal Hever comes as a welcome announcement to students of history and the Bible. For those unfamiliar with the Dead Sea region and the relationship of the recently revealed finds to the famous Dead Sea Scrolls from Qumran the following information may be helpful.

Along the Dead Sea coastline are natural limestone fault caves where scroll discoveries have been made since the late 1940’s. These find spots run from Jericho in the north to Masada in the south and include these sites and those of Qumran, Wadi Muraba’at, Wadi Sdeir, Nahal Hever and Nahal Se’elim. The Cave of Horror in which the recent discoveries were made, is located in Nahal Hever, some 25 miles south of Qumran. As with many of the caves in the region, it was used in earliest antiquity and the IAA’s finds of a mummified child and large woven basket represent these periods. The scroll fragments, however, come from the time of the Second Jewish Revolt under Bar Kokhba (AD /CE 132-136) when the cave was used to hide Jewish soldiers and/or families from the Romans. The finds are consistent with such a residential cave, including the Scroll of the Twelve (Minor Prophets) they had in their possession.

The Site of Nahal Hever and the Cave of Horror

In 1953 at the head of the wadi (stream) in Nahal Hever two caves were discovered from the Bar Kokhba period. These caves were called the “Cave of Letters” because of document discoveries and the “Cave of Horror” because 24 human skeletons were found. Surveys were conducted in the early 1960’s under Israel archaeologist and statesman Yigael Yadin, however, the first systematic excavation of these came only in 1999-2000 by Richard Freund (now director of the Center for Judaic Studies at Christopher Newport University). The IAA returned to the site in recent years to renew excavations resulting in the new announcement of finds.

These residential caves vividly reveal the desperate measures taken by Jews of that period in resistance of the Roman emperor Hadrian’s reprisal against the Jewish overthrown of his forces in Judea and the retaking of Jerusalem to reestablish Jewish independence. This act led him to reinforce his army and return, crushing the rebellion. As a consequence, Hadrian renamed Jerusalem as “Aelia Capitolina” (after his own family and the famed hills of Rome) and renamed Israel as “Palestine” (a derisive term taken from their ancient enemies, the Philistines). He further banned Jews from entering their former capital city on pain of death.

These texts, though called “Dead Sea Scrolls” because of their being found in a cave in the Dead Sea region, are not to be confused with those scholars believe were collected, produced and preserved by the Jewish Community at Qumran. This latter community existed from the end of the Late Hellenistic period through the Herodian period (ca. 100 BC/BCE – AD/CE 68), a time known from the Jewish perspective as the late Second Temple period. They used the caves near their community to hide their biblical texts and other documents within terracotta jars. The most obscure and difficult caves were often chosen as repositories for these scroll jars since residential caves possibly used by others would not secure their sacred treasures. These caves that have been thought to contain scrolls and materials related to the Qumran Community are located about a mile and a half to the north and south of the Qumran Plateau. The famous biblical and sectarian scrolls of the Qumran Community were found in the northern caves as well as at the site of the Qumran Community from 1948-1956. In 2017 a team led by myself and Israeli archaeologist Dr. Oren Gutfeld discovered a new scroll cave to the south. This was the first such discovery in over 60 years and led to renewed efforts by the IAA’s Operation Scroll to survey and excavate caves in this southern area of Qumran as well as the larger region. With relation to the Qumran scrolls, the scroll fragments found at Nahal Hever are from a later period and by a different Jewish community. Any discovery of ancient manuscripts, especially biblical manuscripts, is an incredible addition to our knowledge of ancient texts and Jewish life and religious practice, but a distinction needs to be made between the Bar Kokhba period fragments and the uniqueness of those from Qumran along with its material culture.

The Importance of the New Finds

The discovery of Greek fragments of the prophets Nahum and Zechariah from Jewish hands add to the very limited corpus of biblical texts that exist from this early period. They assist in helping scholars understand the transmission of the biblical text through the centuries until a standardized text (Masoretic Text) was created by Jewish scribes in the tenth-century AD/CE.  It also gives us a glimpse of the religious mindset of a refugee community, perhaps clinging to the promises of divine judgment against Israel’s enemies and  the hope of restoration depicted in the prophetic books these newly discovered fragments represent.

Beside the historical and religious value such finds have for the academic community, this announcement comes as a continuing reminder of the treasures that remain in hiding in the many caves of the Dead Sea region and the urgent need for archaeologists to recover these materials before they are lost forever to local looters. This has been a commitment of my team and of others that are concerned with preserving the heritage of the past so that its story can be properly and more fully told to future generations. The discovery of the Dead Sea Scrolls has been one of the greatest archaeological achievements and one of the greatest contributions to historical and biblical studies. This new discovery reveals the potential that still exists for many more such discoveries to be made in the years to come. However, it is literally a race against time as local looters continue to operate in the area and political change could limit access to these sites at any time. The need of the moment is for this important work to go forward with the assistance of Israeli authorities to approve permits for new excavations and dedicated donors to underwrite these efforts.

Randall Price, Ph.D. (University of Texas) is Distinguished Research Professor of Biblical and Judaic Studies at Liberty University in Lynchburg, Virginia and is co-director of the Qumran Cave Excavation Project. His team excavated four caves south of the Dead Sea from 2017-2019.