The Lamp of the Lord 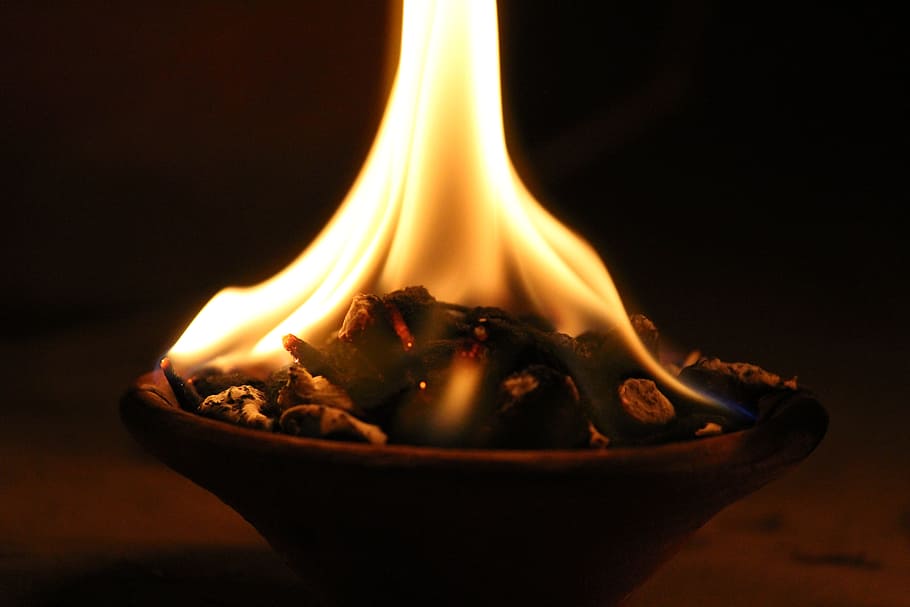 One of the furnishings commanded by God for the Tabernacle was the menorah. Jews refer to it as ner ‘Elohim (“the lamp of God”) and like the Tabernacle itself, it was an earthly representation of a heavenly reality, shown to Moses by divine revelation (Ex. 25:0, 40) and produced by spiritually-gifted craftsman (Ex. 35:30-34). The form of the lamp as given by God (Ex. 37:17-24) may have been taken from a desert plant native to the Sinai, but its material construction was sourced in Egypt as part of the golden gifts received by the Hebrews upon their departure (Ex. 12:35; 25:3). It’s functional purpose was to provide a light source for the interior of the Tabernacle which otherwise was in darkness. But, this function also connoted its symbolic purpose to remind all Israel that God is light as King David declared: “You are my lamp, O Lord; the Lord turns my darkness into light” (2 Sam. 22:29). The Prophet Isaiah applied to the purpose of the Messiah (Isaiah 9:2), a passage cited concerning Jesus’ incarnation (Jn. 1:4, 7, 9) and of His earthly ministry (Matt. 4:14-16), and a symbol He used for Himself as “the light of the world” (Jn. 8:12; 9:5). Combining the physical and spiritual elements of the menorah, John Garr writes: “The menorah is the biblical symbol par excellence. The graceful symmetry of its flowing lines displays a profound beauty that is soothing, reassuring, and uplifting … At the same time, the menorah evokes powerful images of the Divine, assuring its observer that it is far more than an object d’art. This is a heavenly symbol that transcends the imagination of earthly artisans.” Indeed, from the Second Temple through the Greco-Roman period the menorah became the most frequently occurring symbol in Judaism and today it has become the official symbol of the modern State of Israel.

Within the archaeological record the menorah appears inscribed on objects such as coins and oil lamps or carved on reliefs, such as that from a priestly house in the Jewish Quarter from before the destruction of the Second Temple and the famous depiction of the spoils taken from the Temple on the Roman Emperor Titus’ Arch of Triumph in the Roman Forum. When archaeologist excavated the first-century site of Magdala they uncovered the oldest Jewish synagogue in the Holy land. To their surprise and delight this synagogue replete with fine mosaic floors still had a stone carved Torah reading stand containing images from the Temple and especially a menorah sitting on a decorated pedestal. Recently, the Israeli archaeologist Eilat Mazar, the granddaughter of the famed archaeologist Benjamin Mazar who first excavated outside the walls of the Temple Mount after 1967, discovered in the Ophel (the area south of the Temple Mount) a beautiful treasure of gold coins and a large solid gold medallion bearing the image of a menorah. This remarkable find was apparently part of a collection of items that its owners, Jews who were possibly expecting to rebuild the Temple under Persian rule in the 7th century AD, had hidden. The Jews under the previous rule of the Byzantine Christians had been persecuted, so when the Persians warred against the Byzantines they joined them in hopes of a better life. Conditions did improve and Jewish hopes soared, but this treasure was abandoned when the Muslims attached Jerusalem in the 6th century AD and the Jews, like the Christians, were subjugated to Islamic rule. The medallion which also depicted a shofar and a Torah scroll was apparently a decorative piece attached to the cover of a Torah scroll.

From the Tabernacle to today, the lamp of the Lord, the menorah, remains a witness to Israel of the role of the Lord of the lamp, Messiah, to bring the good news to the Gentiles and of the reality that Jesus has done just that and waits for more of His brethren according to the flesh to come to His light and know His so great salvation.