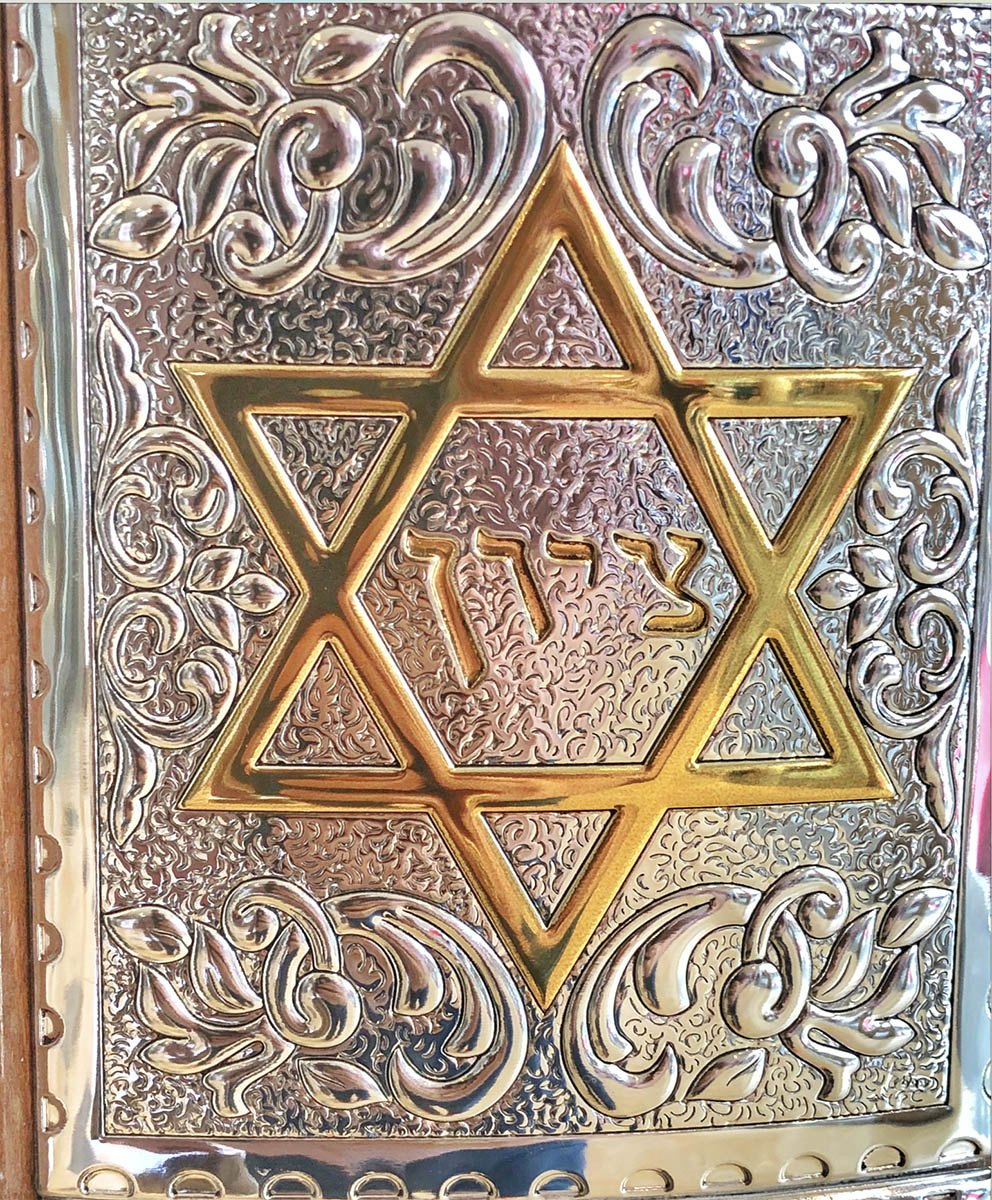 In reciting their thrice-daily prayers, observant Jews around the world turn in the direction of the site of the former Temple in Holy Jerusalem. However, according to a recent survey of Israel’s public 43 percent of secular Israelis and 92 percent of religious Jews (an average of 52 percent of the entire Jewish public) support Jews being allowed to physically pray at the Temple Mount.

The prevailing problem for the realization of this goal has been the 1,300 year-long occupation of the site by the Muslims and the political clout they wield that has forced the Israeli government to support their unwavering prohibition of any non-Islamic act of worship (prayer, reading Torah, even carrying a Bible or drawings of the ancient Temple) on the Temple Mount. Countless riots, skirmishes, and even war (the second Intifada, known as the Al-Aqsa Intifada after the Islamic name for the sacred site, claimed its rise from Ariel Sharon’s visit to the Temple Mount in September 2000) have erupted here over alleged Jewish attempts to exercise their religious claims to the site.

At the center of the Jewish call to reclaim the Temple Mount is the Temple Movement, birthed in Israel as a result of Israel’s 1967 conquest of eastern Jerusalem that made possible Jewish access to the Temple Mount for the first time in almost 2,000 years. Because one-third of the 613 commandments were unable be fulfilled due to the absence of a Temple, the rabbis that were a part of the Temple Mount’s deliverance in the Six Day War believed it was time to reverse this situation. Much of the early efforts of these rabbis was in education, but after the first Palestinian Intifada in 1987 the rabbis who advocated a return to the Temple Mount were galvanized into organizations to make preparations to recover the site from Muslim occupation in order to rebuild a Third Temple. Over the next two decades these disassociated groups of Orthodox Jews developed competing research and activist organizations that promoted social awareness of the need for a Temple and appealed to the government to end the ban on Jewish prayers on the Temple Mount. The two most vocal and conspicuous organizations have been the Temple Institute, founded by Rabbi Yisrael Ariel, a member of the Israeli Paratroop Brigade during the Six-Day War and one of the first to reach the Western Wall, which is dedicated to preparing the ritual vessels for the Temple service, and the Temple Mount Faithful, headed by Gershon Solomon, whose unit in the war also reached the Temple Mount, that has sought to reverse the political prohibitions against Jewish worship at the site and prepare for the rebuilding of the Temple. Today there has been a significant proliferation of new organizations and no less than ten of the former established organizations share an active central administration.
Once consigned to messianic extremist fringes by the government and the media, the movement is now endorsed by many Orthodox rabbis who have withdrawn their ban on visiting the Temple Mount, and joined by a growing number of moderate rabbis, regularly visit the site themselves. Even the Education Ministry has taken sides by encouraging pupils to visit the Temple Mount.
The movement has also had support from those in the Israeli government in recent years. In 2012 Vice Prime Minister Silvan Shalom was a guest of honor at the annual Temple Mount Conference sponsored by Temple Movement organizations, and many Knesset members have visited the site with others even participating in public demonstrations with the Temple Movement. Moreover, Knesset Members Aryeh Eldad (National Union) and Ze’ev Elkin (Likud) tabled a bill calling for a change in the legal status of the Temple Mount. The status quo agreement established in 1967 called for the site to be under Israeli sovereignty but administered by the Islamic Waqf and that non-Muslims had no rights or access to the site for religious purposes. The Waqf violated the status quo from 2000-2003 by forbidding Jews to enter the site for any reason, resulting in a closure of the Temple Mount to all persons, including government officials. This bill would make it possible for Israel to exercise real sovereignty and permit the prayers of all people at the site.
The government support is interesting in light of one of the goals of the Temple Movement being the political overthrow of the current secular democratic government and the reestablishment of the Davidic Monarchy. This has been a particular project proposed by the revival of the Sanhedrin, the ancient Jewish high court of law dissolved in AD 358. Prof. Hillel Weiss, a literature teacher from Bar-Ilan University, and chairman of Friends of the Temple, is at the front of seeking to restore the Sanhedrin, and since 2004 various rabbis have met as a “renewed Sanhedrin” to discuss its formal institution and implementation of goals such as the rebuilding of the Temple and return of the sacrificial system.
This new impetus of Jewish fervor for the Temple Mount has crossed religious lines and has attracted young secular Zionists. As Knesset Member Aryeh Eldad (National Union) has explained, “What had been marginal once upon a time is gaining momentum. Temple Mount is perceived as avant-garde. It attracts the young. Maybe older people had become accustomed to Temple Mount belonging to the Arabs and waiting for the [third] Temple to fall from the heavens.”
The new mainstream status of the Temple Movement has been a factor in the Palestinian Authority ratcheting up their revisionist rhetoric denying a Jewish Temple ever existed at the site and to make the withdrawal of Israel to the pre-1967 war lines and the demand for Jerusalem as the capital of the Palestinian State a non-negotiable starting point in renewed peace talks. From the side of the Israeli government, the pressure exerted by the EU and the US to comply with Palestinian demands, as well as the threat by the Arab states and the fear of provocation over Jewish claims to the Islamic holy sites, has prevented any official support of the movement’s goals. However, one constant in the Middle East is that a lot can change can in a short amount of time.

The Temple Movement is of particular interest to those who take a future and literal interpretation of the biblical prophecies concerning the second coming of Yeshua and of Israel’s restoration. The New Covenant predicted by Jeremiah (Jer. 31-33) and Ezekiel (Ezek. 36-37) included a renewed Davidic rule and Temple priesthood, including the rebuilding of the Temple and revival of animal sacrifices (Jer. 33:15-22; Ezek. 37:27-28). In addition, Yeshua’s statements in the Olivet Discourse, as well as those of Paul, foretold a rebuilt Temple would stand before the return of Messiah and be desecrated by the Anti-messiah (Matt. 25:15; Mk. 13:14; 2 Thess. 2:3-4), apparently in fulfillment of Daniel’s prophecy (Dan. 9:27). As the Temple Movement prepares for the return of the Temple, many prophetic students believe such actions signal the nearness of the return of Messiah as the Scriptures declare: “And the Lord, whom you seek, will suddenly come to His temple; and the messenger of the covenant, in whom you delight, behold, He is coming …” (Malachi 3:1).