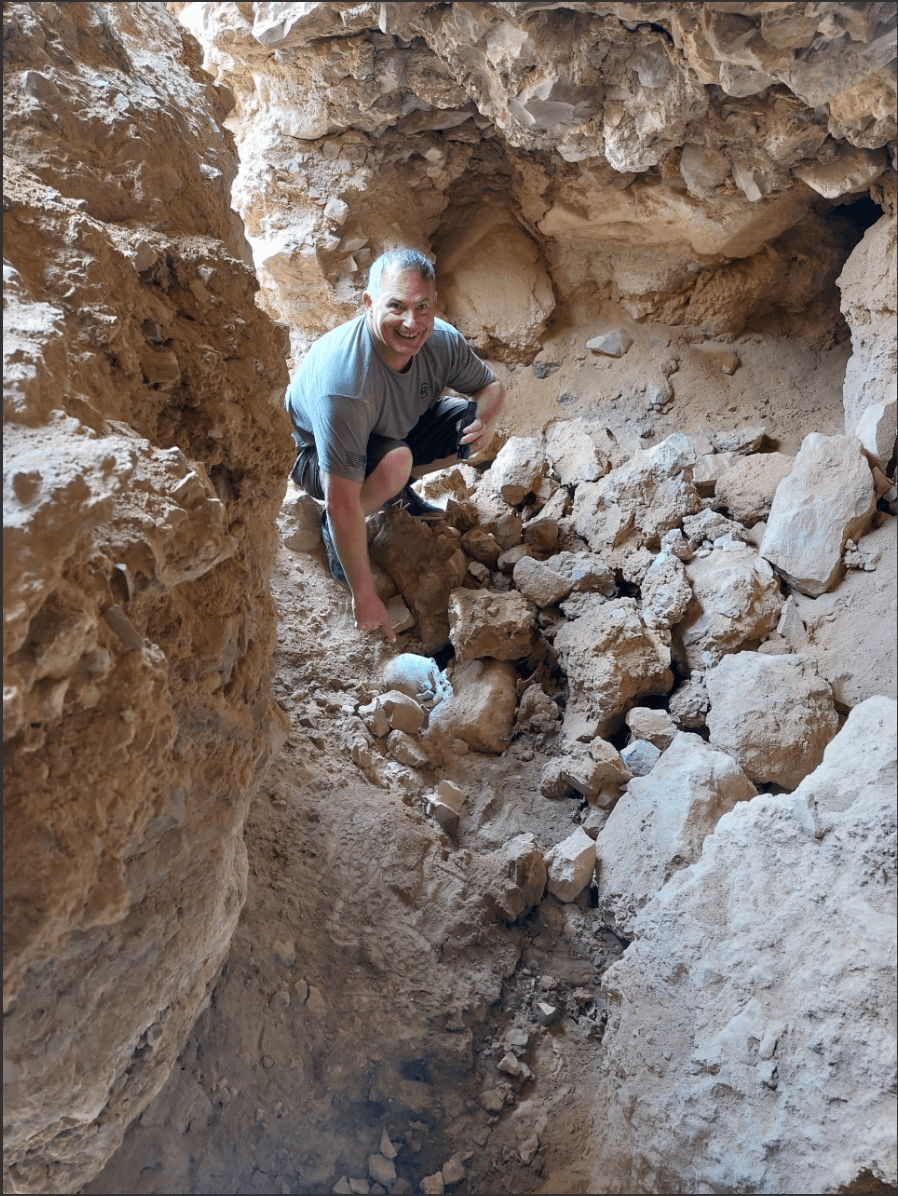 On February 12 a new discovery was made in Cave 53, the cave excavated by Drs. Price and Gutfeld in 2017-2018. The week of the discovery experienced significant rainstorm in Jerusalem which resulted in torrential streams of water flowing down from the cliffs at Qumran and into the caves. In Cave 53, where we had abandoned an area because it was deemed too dangerous for further work, the water did the work for us and washed out an intact Late Chalcolithic-Early Bronze Age Jug! In 2017 we found an inscribed seal from this same period in the cave. In the photos you see Jerusalemite and Christian guide Roddey Brown (who had previously worked on our dig and discovered it with others during a hike) pointing to the jug in situ (in the place where it had tumbled out from the surrounding fill), a photo of the find in its find spot, and Dr. Gutfeld holding the new find. It has been taken to a lab in Jerusalem to be cleaned and its contents examined. This was complete surprise to all of us who felt we had thoroughly excavated this cave. If the study of this jug yields any more surprises we will be sure and let you know!