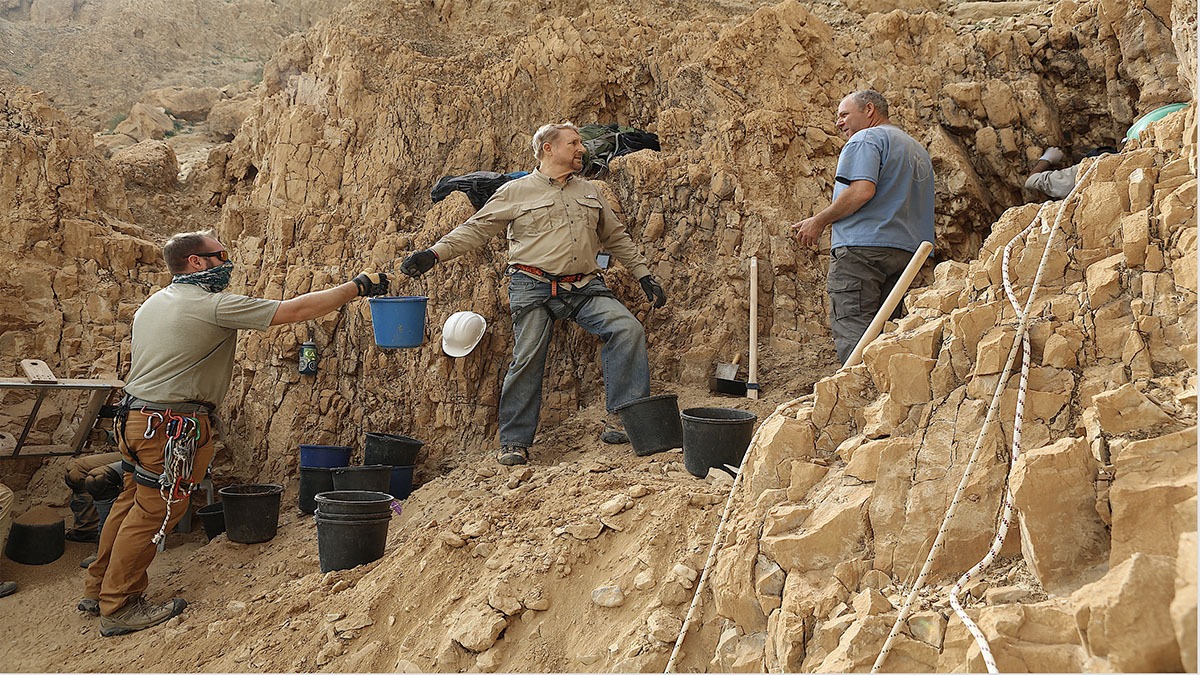 Recently published in the Times of Israel is a report on the dig just completed in Israel by Randall Price and Oren Gutfeld of Cave 52.  The 2017 Dig was of Cave 53, which is considered to have been a Dead Sea scroll cave after the broken and robbed jars that were discovered there.  Cave 52 was nearby, and at a higher elevation, leading to the belief that they were also used for scroll storage. (Picture above from 2017 dig).

To donate to the Qumran Cave excavations please go to our donation page on this website.

© 2021 World of the Bible. All Rights Reserved.
Reverent Media | Get Success & Clarity For Your Business!
Websites ✦ Digital Marketing ✦ Branding