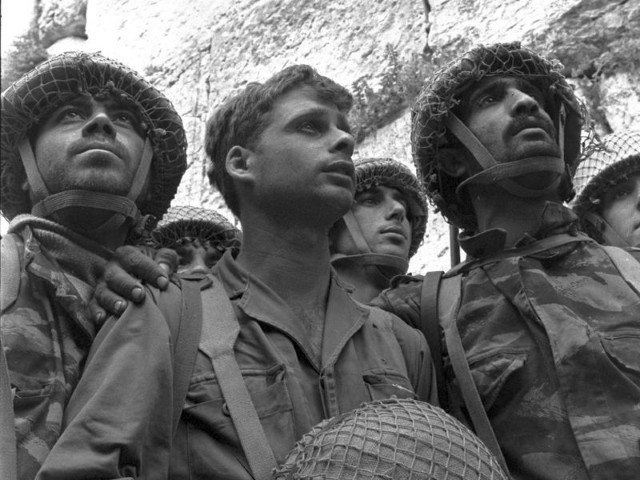 🇮🇱 On June 7, 1967, IDF paratroopers advanced through the Old City toward the Temple Mount and the Western Wall, bringing Jerusalem’s holiest site under Jewish control for the first time in 2000 years.
This song-“Jerusalem of Gold” is a popular Israeli song written by Naomi Shemer in 1967. The original song described the Jewish people’s 2000-year longing to return to Jerusalem; Shemer added a final verse after the Six-Day War to celebrate Jerusalem’s unification under Israeli control. At that time, the Old City was under Jordanian rule; Jews had been barred from entering, and many holy sites had been desecrated.
When Shemer heard the paratroopers singing “Jerusalem of Gold” at the Western Wall, she wrote a final verse, reversing the phrases of lamentation found in the second verse. The line about shofars sounding from the Temple Mount is a reference to an event that actually took place on 7 June. This beautiful version is from the late Ofra Haza.